My name is Markus Enenkel. Many people call me Maggo (which sounds strange if you don’t pronounce it French). Even more miss the second “n” in my surname, creating a uneasy resemblance to the german word for disgust (= Ekel) or paving the way for lame Star Wars jokes (Enekel Skywalker). I prefer the latter.

I was born in the Eastern part of Austria, which lies too low to fulfil a proper Alpine Austrian stereotype, on 25 December 1984. The plan to follow my brother’s footsteps as an orthopedic surgeon died halfway through the first semester, just after my 19-year old self started questioning the pseudo authority of people in white overalls or if mankind was too destructive to be helped at all. However, few years later, I felt the urge to try to contribute at least a small piece to equality in a world that is governed by its opposite. Gradually, I realized that being a white, male European gave me privileges that most people couldn’t even dream of. 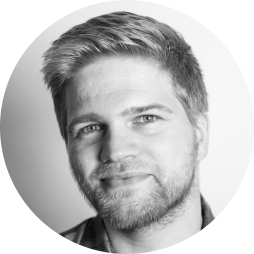 After one year of working with handicapped and mentally disabled children, (successfully) protesting against the sale of fur in a department store and several gigs with my first band, I started to study resource management and ecological engineering at the University of Natural Resources and Life Sciences in Vienna. While working with the Red Cross on water-related emergency response systems in developing countries I realized that most decision-makers act based on very small-scale, local information. Information from a bird’s eye view, however, seemed to answer many questions quickly, if one is able to access and interpret the data. That’s why I started a PhD in satellite earth observation at Vienna University of Technology. My work as a research assistant and project manager focused mainly on the development of satellite soil moisture-based applications, the Global Water Scarcity Information Service (GLOWASIS), capacity building with different categories of users and decision-support for Doctors without Borders (MSF). Together with MSF we built a tailored satellite- and mobile app-based drought and food insecurity monitoring system named SATIDA (Satellite Technologies for Improved Drought Risk Assessment). You’ll find more about it in the Media section.

Shorty after finishing my PhD, I started a NASA-funded post-doc position at the International Research Institute for Climate and Society (IRI) at Columbia University until January 2019. My research group, the “Financial Instruments Sector Team, whose acronym won the internal creativity contest, was and luckily still is lead by Dan Osgood, arguably the best boss one can imagine. Together with FIST I developed agricultural weather index insurance projects in collaboration with smallholder farmers and different international partners (UN WFP, World Bank, US AID, etc.) in Latin America, (East, South and West) Africa and Asia. The indices are entirely based on satellite-based monitoring during the season, eradicating the need for post season loss assessment. This way, weather index insurance is more affordable than conventional insurance, pays out much faster and, if combined wisely with complementary strategies, strengthens overall disaster resilience. While most global activities that are based on disaster risk management frameworks (e. g. the Sendai Framework for Disaster Risk Reduction) are still very reactive and focusing on emergency response, weather index insurance  has the potential to transform the way we perceive and manage disaster risk in collaboration with affected populations. There is scientific proof that we can actually make a difference by protecting the investments of small-scale farmers during extreme drought years. With “proof” I mean data- and research-based assessments over many years and large areas. Please check out the publications section if you want to learn more. All papers are accessible free of charge.

During my time at the IRI I was partly seconded to SOS Children’s Villages International as their Disaster Risk Management Coordinator through a grant from Allianz insurance. SOS has nearly 600 projects in 135 countries. I concentrated mainly on strategic development, disaster preparedness via new technologies (satellites, mobile apps), the translation of early warnings into early action and capacity building with a focus on climate services. Together with DHL we adapted an incredible global near-real time alerting system that covers street-level incidents just like events on sub-continental scales. DHL recently published an article about our collaboration on their logistics of things platform.

Right now I’m a research fellow at Harvard Humanitarian Initiative (HHI) and a consultant at the World Bank’s climate and risk management unit. While the consultancy is thematically very closely related to my previous work at the IRI and has a strong focus on climate impact mitigation, financial instruments and food security, the work at concentrates more on the interaction of extreme climate, migration and social conflict. While there are many studies linking extreme weather or climate events to social conflict – a causal relationship that is hard to express in hard numbers – I’m convinced that there is a huge in potential in turning the story around. If we understand the impact of social conflict on the coping capacities of vulnerable communities it will be possible to identify hot spots for potentially very severe impacts of climate anomalies. Colombia is a very good example. Internal displacement (the numbers are comparable to Syria!) led to drastic changes in livelihoods, increased levels of cocaine production and illegal deforestation. Particularly the latter increases the risk of land slides after heavy rainfall. In 2017, more than 300 people died through such an event in Colombia’s South (Mocoa)

In parallel, a good friend and I just received funding from the European Space Agency’s Business Incubator for a start-up, which aims to decrease the humanitarian funding gap in emergencies by combining satellite-derived assessments and social media analytics. The company is a social enterprise and named “Perigee” – like the point in the orbit of a satellite that is closest to earth. Check out the Perigee section if you’re interested in learning more. The Perigee social media channels and website should be up and running before April 2019.

I’m convinced that the next generation of researchers will have to act as translators between science and users. Research organizations need to understand practical needs. Users (e. g. humanitarian aid organizations) need to be aware of technological opportunities. There are countless small-scale success stories, but the often mentioned paradigm change is still barely more than a headline in policy papers. If we want to deal with the root-causes of migration, promote climate justice or transform the Sustainable Development Goals into an actual, research-driven strategy for change we might need to understand that life isn’t all about the “comfort zone”, but fairness.

I like using technology for, but more importantly with people, whose cards were simply dealt differently, authenticity, activism, music, realizing that different cultural backgrounds lead to different perceptions of “normal”, photography (with an analog Hasselblad or digital SLR), traveling, living with four seasons, mountain biking, skiing and playing on my beloved Fender telecaster.

I don’t like meetings about solutions that end in different meetings or projects whose only objective is a follow-up project, people, who take themselves too seriously, ring-wing politicians that invent facts to make “us” afraid of “them”, batteries being glued into my laptop, my inability to control time, the taste of cilantro and (most of all) vanilla pudding. Yes, vanilla pudding. The manifestation of pure evil.

PS: The background picture is a satellite image of the coastline of Mauritania. Look at the colours! So beautiful!